Idli is one of the greatest breakfast foods that is simple, traditional, filling yet wholesome! Idli is a household name in the southern state of Tamil Nadu. Popular all over the country, it is Tamil Nadu where you can get to taste a wide range of idlis which include Rava Idli, Khushboo Idli, Ragi Idli, Sambar Idli, Baby Idli, Oats Idli, Oats and Barley Idli, Kanchipuram Idli, Brown Rice Idli, Thinai Idli, Stuffed Idli, Masala Idli, Fried Idli and last but not least, Idli Upma (made from leftover idlis across the Tamil households). Among the long list of varieties of Idli, Kanchipuram Idli is 'something-different-and-something-special' and it is our pick for this (scrumptious) write up! 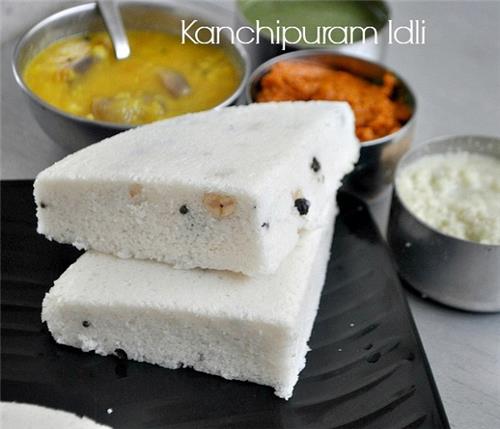 Kanchipuram Idli, often referred as Kanjeevaram Idli or simply Kanchi Idli is legenadary among the Tamil speaking population and especially, the Idli buffs! As a matter of fact, if you go and ask a Tamilian to list a few things that are famous in the temple town, apart from religious sites, the first answer is so obvious, that is, Kanchi pattu pudavai / Kanchipuram silk sarees and the second answer, by all odds, would be the Kanchipuram Idli. It all started at the illustrious Kanchipuram Sri Varadaraja Perumal Temple as it was in this temple madapalli that this (divinely authentic and toothsome) idli was first introduced. Kanchipuram Idli is offered in this temple as prasadam - a religious offering usually consumed by the devotees. 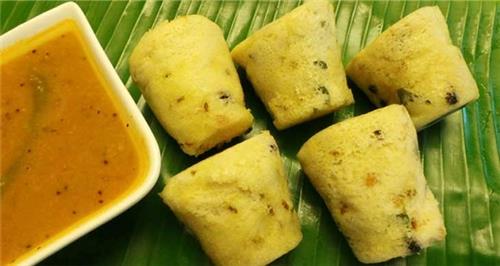 The traditional Kanchipuram Idli has come a long way that it is served across many restaurants all over the world. In terms of appearance, Kanchipuram Idli is definitely unique from the rest of idli varieties and the same is applicable when it is about taste. The secret behind the taste is very simple that it has got just the perfect proportion of all ingredients and bluntly, nothing else! It is as simple as it is that even the tiniest change in the amount of ingredients added will give an impact in the end product. Traditionally, Kanchipuram Idli is steamed using dried mandharai leaves which largely contributes to the extraordinary taste. Let's get down to business and see about the ingredients and method of preparation involved in making yummy Kanchipuram Idli. 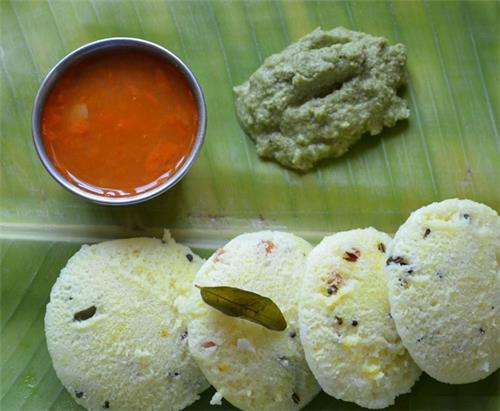 Note: Every restaurant and household follow a different direction for making Kanchipuram Idli. Unlike methods of preparation will also add to the difference in the taste. Given below is one of the most followed recipes of Kanchipuram Idli.

For Steaming:
Mandharai leaves - a few 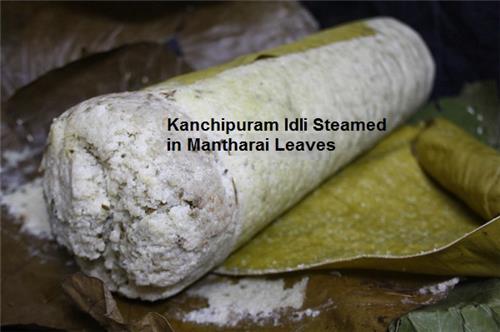 
Explore more about Food in Kancheepuram