Apart from being the house of Hindu temples, Kancheepuram is also is famous among Jains and Buddhists. It is said that Kancheepuram played an important role in spreading Buddhism and Jainism during 1st to 5th century to South east Asia.

Kancheepuram city was established in November, 1886 and is one of the Taluks in Kancheepuram district. The other Taluks are Chengalpattu, Cheyyur, Madurantakam, Sriperumpudur, Tambaram, Thirukkalukundram, Uthiramerur, Alandur, Sholinganallur and Thiruporur.
Some of the important persons in administration of Kancheepuram are:

There are six departments in Kancheepuram which are municipality General Administration/Personnel, revenue, accounts, engineering, Town planning and Public health.

Geography and Climate of Kancheepuram

Kancheepuram covers an area of 11.62 square km and is 83 m above the mean sea level. Owing to its proximity to the river, the type soil of Kancheepuram is mostly clay with also some loam and sand which are ideal for construction. Kancheepuram soils are not famous for its fertility, in fact they are stony rocky, mixed lime and granite. Kancheepuram is also prone to earthquakes as it falls in the seismic zone II region.

Like all other south Indian cities, Kancheepuram too has a hot and humid climate throughout the year, but is pleasant in the evening. Average temperature ranges from a maximum of 37.5 degrees Celcius between April and July to a minimum average of 20.5 degree celcius between December and February. Humidity in Kancheepuram ranges between 58 to 84 percent. 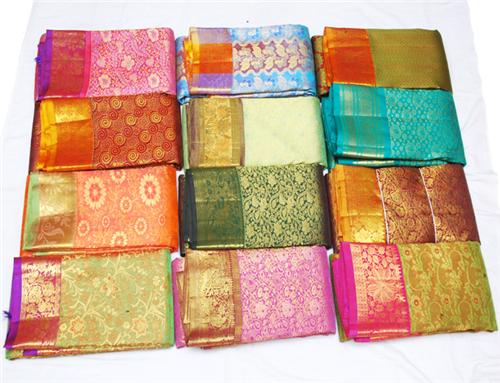 Kancheepuram has so many temples that it has been termed as the “Temple city” of India. Numerous devotees visit this city, be it a Hindu, Jain or Buddhist. Tourism industry is a major source of revenue generation in Kancheepuram.

Places to visit in Kancheepuram 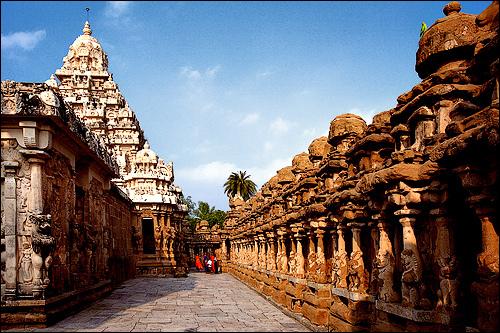 Whether you are an atheist or a theist a visit to Kancheepuram will heal your soul and keep your mind at peace. The enchanting mantras sound, the bells and the holy atmosphere will give you an experience worth remembering. Kancheepuram is mainly known for temples, though there are also many sanctuaries, water bodies to visit for tourists.

Services and utilities in Kancheepuram

Though Kancheepuram is not big a city as Chennai but you would get all the basic amenities and services here. There are many shopping centers like Arignar Anna Complex Railway Road, Arignar Anna Silk Co-operative Society Vallal Pachaiappan Street, ABS Shopping Complex
Sangusapet St etc.