We take due care of ourselves and our dear ones to avoid any mishaps, but there emerges sudden situations which are not under our control and are very tricky and time sensitive often relating to the matter of one’s life and death. At those times we must be well equipped to handle those crisis situations. A city can never be safe without these emergency services. Kancheepuram has taken due care of this and there are lots of emergency services in Kancheepuram. Emergency services include Police stations, fire stations, blood banks, ambulance services, and eye-banks. 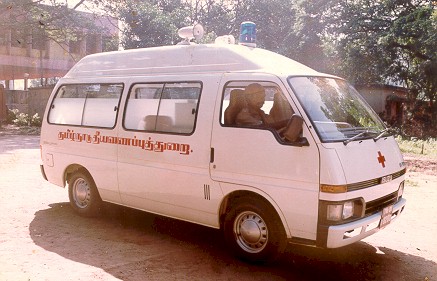 We love peace and harmony but in every society exists some miscreants and anti-social elements that tend to disturb this peace and harmony. This is where the police services come into picture to maintain law and order in the city. There are separate cells among police to deal with cyber-crime, crime against women, traffic in the city, corruption etc. Police deal with each and every crime in the city ranging from theft, murder, rape, breaking traffic rules, quarrels and disputes etc. They also provide special protection to the MP s, MLA s, VIP s and also to the needy ones which is directed by the court.

Some of the important contacts of Police: 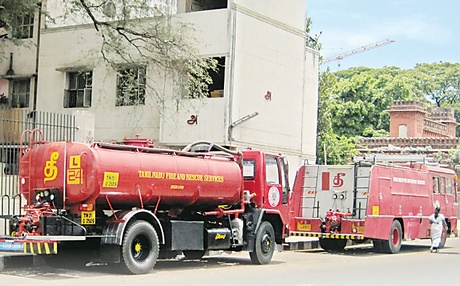 Fire can be a boon or bane at the same time. Fire if uncontrolled can create havoc and take lives. To counter this everyone needs to be extra careful while handling fire. Fire mishaps can be averted by safety precautions like installing fire extinguishers and fire alarms at each every floor of a building, to not smoke or use fire in any way in prohibited areas, well planned building and localities so that it is easy to come out of house in case of fire and also the fire extinguishers vehicle can enter the locality easily. Little precautions on our part like to blow off the ciggrate before throwing them out, to check leakage in gas cylinders before lighting, to check electric connections properly in house etc. can go a long way to avert such situations.

There are fire stations in Kancheepuram to counter attack fire situations. Important numbers are given below:

There comes emergency situations when a patient needs fresh and disease free blood. Such situations are very time sensitive and also one needs to be very careful the blood transferred is free from any pathogens. Kancheepuram has the facility blood bank which stores blood in extremely sterile conditions after due check of the blood. The inflow of blood comes from blood donations by the citizens and is done by visiting doctors and blood donation camps organized in different part of cities. Donating blood twice a month is healthy and without any risks and plus you save the life of the needy.

Eye banks have the main purpose of retrieving and storage of eyes for cornea transplants and research. Eye is donated to the eye banks by retrieving them from the dead person who agrees to donate their eyes after death and with the consent of his/her relatives. Below are some eye banks in Kancheepuram.