Kancheepuram is a place of great importance all over the world due to its large number of temples and world famous silk industry. Several empires ruled over Kancheepuram before the British conquered India, most important among them being the Pallavas, Cholas, and Vijayanagar rulers all of whom considered Kancheepuram to be the capital of their state Tondaimandalam. 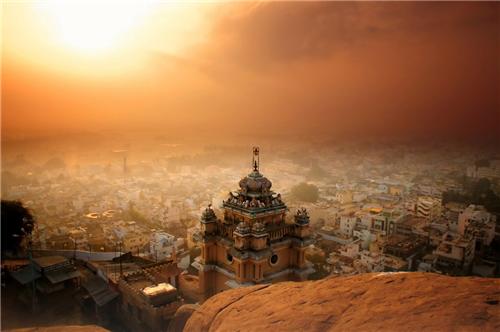 Kancheepuram was called Kanchi in the early ancient times but was later called as Kanchipuram. As per an ancient folklore Kanchi is derived from two words, “Ka” meaning the Hindu God Lord Brahma and “anchi” meaning Brahma’s worshipping of Lord Vishnu at this place. During the course of time it framed many names like Kanchipedu, Kanchipura, Jaina Kanchi etc. The British gave it the name Conjeevaram. But later it was renamed to Kanchipuram. The municipal administration has renamed the city to Kancheepuram.

Pallava empire ruled the city from 600 AD to 900 AD. It was during the Pallava reign that Kancheepuram attained the maximum height of prosperity and glory in governance, trade, economy, religion, literature, art and architecture. Many famous temples like Kanchi Kailasanathar Temple, the Varadharaja Perumal Temple and the Iravatanesvara Temple were built during the Pallava’s reign. The Pallavas considered themselves as Brahma-Kshatriyas and claimed to be the descendants of Brahma. During their reign, Pallavas built many temples, forts, study centers. It was this time when Buddhism and Jainism were accepted and widely prospered in Pallava’s rule. The education institutions were called the “Ghatikas” or “Mutts” where princess and nobility from various kingdoms were sent to pursue higher education. Pallavas believed in Vedic learning. The “Ghatikas” or “Mutts” constituted of Brahmins who were well versed in Vedic literature and scriptures. The “Ghatikas” were an important strategical point in war, as those who captured “Ghatikas” would automatically capture the kingdom. During the rule of Pallavas, Kancheepuram came to be known as the knowledge capital of India. In the later years, Pallavas fell to Cholas owing to their own internal tiffs and lack of proper administration among the later Pallava kings.

The Chola Empire ruled from 900 AD to 1300 AD. They came into power after conquering the Pallavas. Chola empire made Kancheepuram the headquarters and named it "Jayamkonda Cholamandalam". During the reign of Chola, the Shaivas came into Kancheepuram and thus Shavisim flourished. Many Shaivite temples were built in Chola power. Some of the temples constructed during Chola reign are Yathothkari Perumal Temple,  Karchapeswarar Temple and renovated the Kamakshi Amman Temple. Also many architectural additions and improvements in the existing temples of Kancheepuram were made and many land donations to them were given by the Cholas. There were series of lost battle and win battle among Cholas and Pandyas. Pandays ruled for a short period of 1251 AD to 1271 AD. After some intermixed rule of Kakatiyas, Cheras and Sambuvarayas over Kancheepuram, it gave a way to another large empire called Vijaynagar Empire.

Vijayanagar Empire ruled over Kancheepuram from 1336 AD to 1675 AD. The wealth and glory of Kancheepuram at the times of Vijaynagar Emipre shot to fame and overshadowed even the Pallavas. Hampi, one of the places under the Vijaynagar rule is today considered as a World Heritage site. Vijayanagara architecture was a vibrant combination of the Chalukya, Hoysala, Pandiya and Chola styles. The most prominent and distinctive styles in the Vijayanagar architecture were the Kalyanamantapam (marriage hall), Vasanthamantapam (open pillared halls) and the Rajagopuram (tower). Temples and structures were made using the locally available hard granite because of its durability. It is said that once a king named Achyuta Deva Raya had himself weighed against pearls and distributed the equivalent pearls amongst the poor, so rich and wealthy were the Vijanagar rulers.

Bahami Sultans were the Muslim rulers in Northern India and ruled Kancheepuram from 1463 AD to 1482 AD. During the rule of Bahami Sultans, Kancheepuram suffered the greatest damage and destruction in history. Kancheepuram was looted and plundered, all its magnificent temples were razed, and lots of jewels and valuable pearls were taken away. The wealth they got was beyond measure, but for Kancheepuram it was the darkest history. 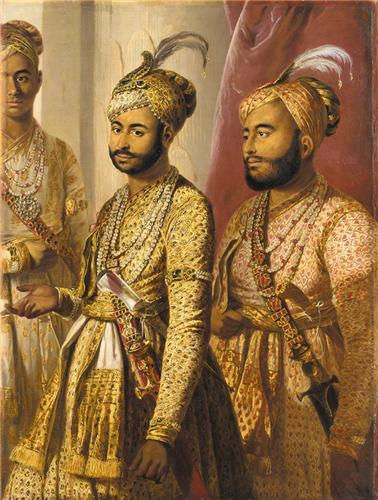 Arcot Nawabs or the Nawabs of Carnatic ruled Kancheepuram in the early 1700 AD. They established communal harmony in Kanhceepuram. During the Nawab rule, they built many Mosques and Dargahs. There are 9 mosques at present in Kancheepuram built by the Nawabs, among them the Sunnath Jamath Jummah Mosque near the Sankara Mutt is considered to be the oldest. The Hameed owliya dargah constructed by the Nawabs has finest architecture.