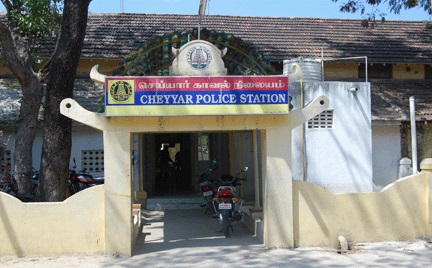 Law and order is important for any place to be worthy to live peacefully. Police department plays a major role to keep our society rogue free. Kancheepuram has many police stations at strategic places where one can approach with a complaint. Each police station has a police inspector who is the head of that particular station and several constables and head constables. There is also a locker room available for temporary stay of the suspect until his crime has been proved in the court after which he is transferred to the Jail.