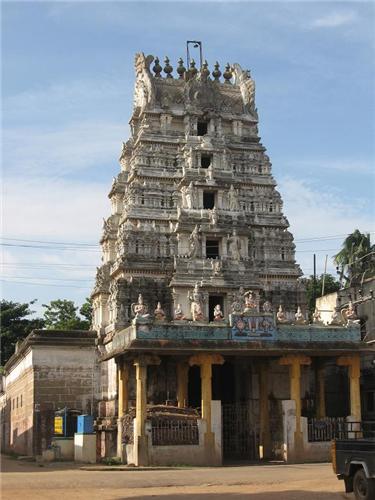 Kancheepuram is a land of temples, with its numerous Shiva, Vishnu, Shakti temples and holy environment Kancheepuram is rightly said to be the “temple city” of India.  Adikesava Perumal Temple or also called as the Ashtabujakaram temple is one of the many Vishnu temples in Kancheepuram.

How to reach Adikesava Perumal Temple 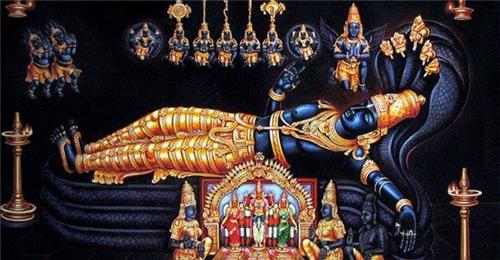 The Legend of Adikesava Perumal Temple is very interesting. It is said that once Lord Brahma was performing yagya (rituals) in Kancheepuram alone without his better half Lordess Saraswati. In those days yagya was to be performed both in the presence husband and wife. Since Lordess Saraswati was not called she became furious and in the form of river Vegavathi she tried to drown the yagya place. Seeing the furious form of the river Lord Brahma went to Lord Vishnu’s recue and asked to rescue him. Lord Vishnu killed all the demons sent by Lordess Saraswati to destroy the Yagya, and finally when Lordess Saraswati sent ferocious snake to destroy the yagya Lord Vishnu took the form of Ashtabhuja Perumal holding 8 different weapons to kill the snake.

Another legend states that once the Bodh Ganas, which were the army like divisions of Lord Shiva, were cursed upon by the Lord. The Bodh Ganas went to Lord Vishnu for help, Lord Vishnu created a spring in Kancheepuram through a serpent named Ananha , gave darshan to the Bhoodas from its bank and relieved them of the curse. The Bodh Ganas were very grateful of the Lord and thus they built this temple Adikesava Perumal. The place came to be known as Bhoodhapuri .

Puja is conducted three times a day and every Saturday the main deity of the temple is decorated with flowers.
Below are the details of the Puja conducted:

The Adikesava Perumal Temple was built during the Pallavas hence the architecture style reflects the Pallava art. The main deity here is that of Lord Vishnu present in the form of Sri Adikesava which is of 22 feet in height. People have to climb 18 steps to view Sri Adikesava Perumal in sleeping position in which his head is in the south and feet in the north direction, the position which is called as Bujanga Sayanam. Other deities are that of Goddess Lakshmi who is known as goddess Pankajavalli Thayar in this temple and is enshrined in the temple complex. Goddess Pankajavalli Thayar is facing east and is situated to the right of the principal sanctum holding a Lotus flower in her left hand contrary to the popular belief that Goddess Lakshmi has lotus always in her right hand. The mandapam or hall also known as Otraikkal Mandapam in Tamil Nadu has been carved out of a single rock which is of 18 feet in width and 3 feet in height.

A separate large shrine has also been built surrounding the images of the famous saint Sri Kurattazhvan who was a Srivaishnava Acharya. In the sanctum, the main idol of Sri Kurattazhvan is made up of stone. The pillared mandapam or hall has a number of beautiful sculptures and murals displaying different incarnations of Lord Vishnu which is extremely enchanting to watch. The other shrines in the temple courtyard are for Chakrattazhvar or Sudarsana, situated opposite the Kurattazhvan sannidhi and one for Vira Anjaneya.

A unique feature of this temple is that it is built in such a way the sun rays falls directly into the shrine of Adhi Kesava perumal in the month of Puratasi and Panguni for a week. 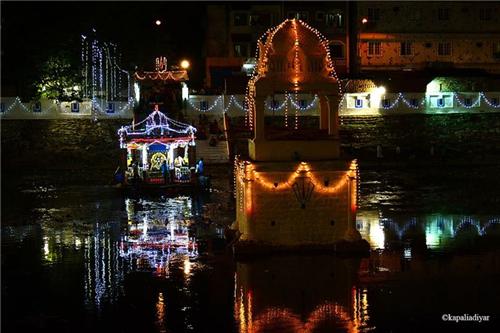