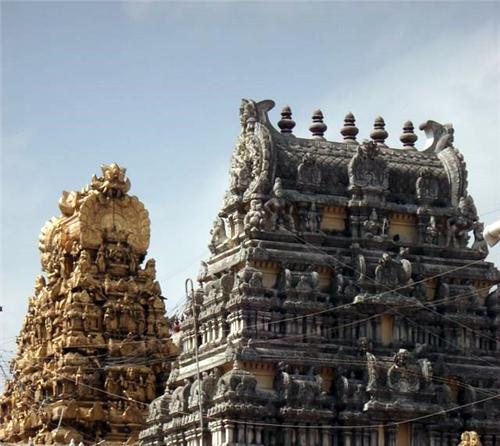 Ekambareswara temple was originally built by the Pallavas around 660 AD, which was later restructured and modified by the Cholas and the Vijanagara Empire. It is the largest and tallest Shiva temple in South India spread across an area of 20 acre and has the highest gopuram in India about 59 meters. It is built near the ancient mango tree which has its own story behind it. This temple represents one of the five elements Earth of Lord Shiva, other four elements being the Wind, Air, Water and Sky which are the categories into which the Shiva temples belong to. 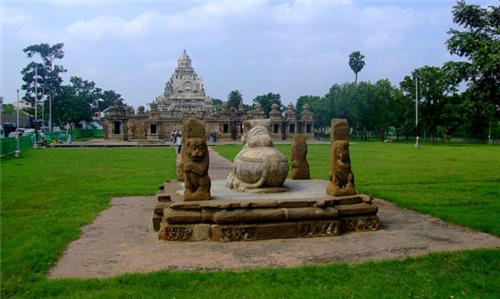 Kailasanathar Temple was built in the Pallava reign between 685 AD and 705 AD. It was built and completed by two Pallava kings but not at the same time. It is the oldest structure in Kacheepuram. It is the only temple in Kancheepuram which has not been modified by the Cholas or the Vijaynagar Empires. It is most widely visited in Maha Shivaratri, which is considered very auspicious among the Hindus.

Kacchapeswarar Temple was built by the Pallavas but was later restructured by the Vijaynagar rulers. This temple is also called as Kachipedu. In this temple Shiva is worshipped by Vishnu in the form of Tortoise or Kurma in local language. It is evident from the fact that the word “Kacchapam” is a Sanskrit word which means “Turtle” in English.

Iravatanesvara Temple was built by the Pallavas in the 8th century. It is notable for its tower above the sanctum sanctorum which circular in shape. Presently the structure is little rickety so it is protected and maintained by the Archaeological department of India.

Vazhakarutheeswarar Temple is an ancient Shiva temple in Kancheepuram. It is a widely believed faith that worshipping in this temple relieves oneself from all the lawsuits imposed on self. Dravida Munnetra Kazhagam party had prayed for the daughter of the ex-chief minister of Tamil Nadu in this temple to free her from 2G spectrum trail case.

Kuranganilmuttam Temple was constructed by the Pallavas. The temple has rock cut structure of monkey, squirrel and crow. The Temple is mentioned by poets in the Tevaram(the twelve-volume collection of Tamil devotional poetry)

Some of the more Shiva temples in Kancheepuram are:

Kamakshi Amman Temple was built and later modeified by the Chola rulers in the fourteenth century. This temple is used to worship Goddess Paravati in the form of Kamakshi or the Goddess of Love. An image of Adi Shankaracharya is also worshipped in this Temple. 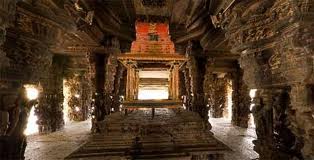 Varadharaja Perumal Temple was originally built by the Cholas during 1053 AD, it was later modified by the Chola kings in the 14th century. This temple is spread over a huge area of 23 acres and it has beautiful sculptures of Lizard platted with gold on the ceilings of the corridor enclosing the sanctum.

Sri Adhikesava Perumal Temple is one of the 108 Vishnu temples known as “Divya Desams” which used to exist in Kancheepuram. This temple is also known as Asta Bhujakaram due to the legend of Vishnu taking the form of Ashtabhuja Perumal holding 8 different weapons in his eight hands to kill a ferocious snake.

Sri Yathothkari Temple is one of the 108 Vishnu temples or “Divya Desams” in local language once existing in Kancheepuram. This temple is also known as Tiruvekka. Legend has that once KaniKannan, disciple of a famous saint was heard singing praises of Lord Vishnu by the king. The king ordered him to sing his praises too, but he refused. Due to which he was banished from the kingdom. On their request Lord Vishnu is also said to have left his place, rolled his Sesha Nag like a mattress and joined them on their journey.

Vijayaraghava Perumal Temple is one of the 108 “Divya Desams” or Vishnu temples in Kancheepuram where Lord Rama, incarnation of Lord Vishnu, is said to have performed final rites of Jatayu, the bird who gave up his life while fighting gallantly to resist the abduction of Devi Sita by Ravana.

Sri Deepa prakasa Perumal Temple is a big temple with huge Mandapam. Legend has that the demons once obstructed the light to create hindrance in the Aswamedha Yaagya( holy prayer) being performed by Lord Brahma. Its then that Sriman Narayanan, and incarnation of Lord Vishnu, appeared there as a "Light" and wipe away the darkness. Hence the name Deepa prakasa.

Ulagalanda Perumal Temple is one of the Divya Desam and is very popular. It also houses four other Divya Desam shrines. A very famous legend is associated with it in which Lord Vishnu takes the form of Dwarf and later increases his size to such an extent that his head touches the sky. A giant deity of Lord Vishnu measuring to a height of 30 feet is in this temple.

Other Vishnu temples in Kancheepuram are 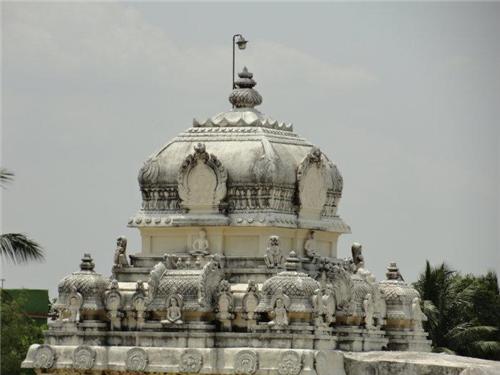 There are twin temples in this place built by the Pallavas in the 9th century AD and is located in the area Jina Kanchi. These temples are in deteriorated stage and are looked after by the Tamilnadu Archeology department.

Kancheepuram Monastery was built during the rule of Pallavas when Buddhism flourished at its peak. It was the largest Buddhist center in Tamil Nadu at that time in the 2nd century. Monastery is where thousands of Monks resided and preached Buddhism to the masses.

Other Temples in Kancheepuram